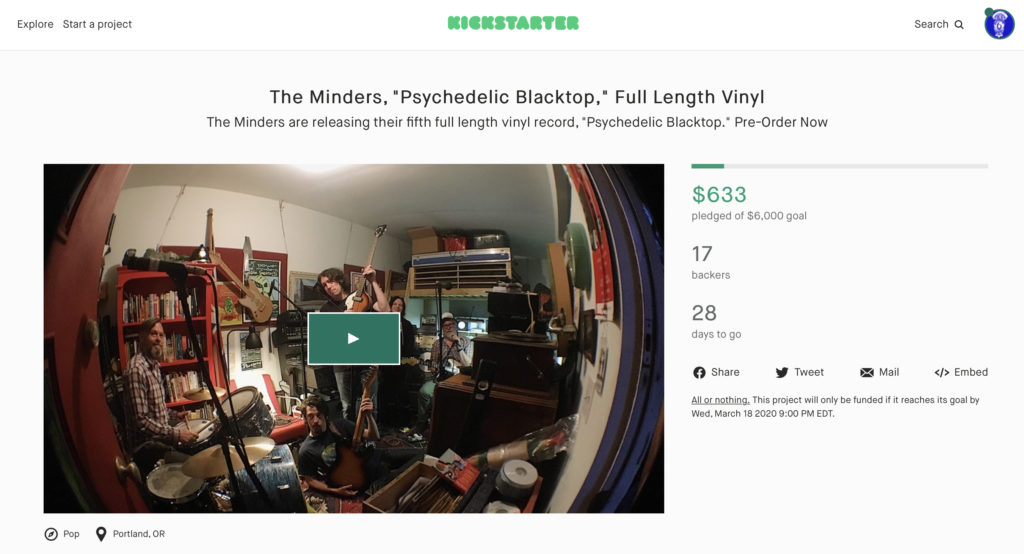 The Minders have just kicked off a Kickstarter campaign to help fund the vinyl pressing of their next album titled “Psychedelic Blacktop”. The record will be their 5th full length LP and is due to be released June 21, 2020 on Space Cassette Records. The album is a return to their DIY roots, with most of the recording done at Martyn’s home studio on his half inch 8 track reel-to-reel machine. The band has already released several teaser tracks from […]