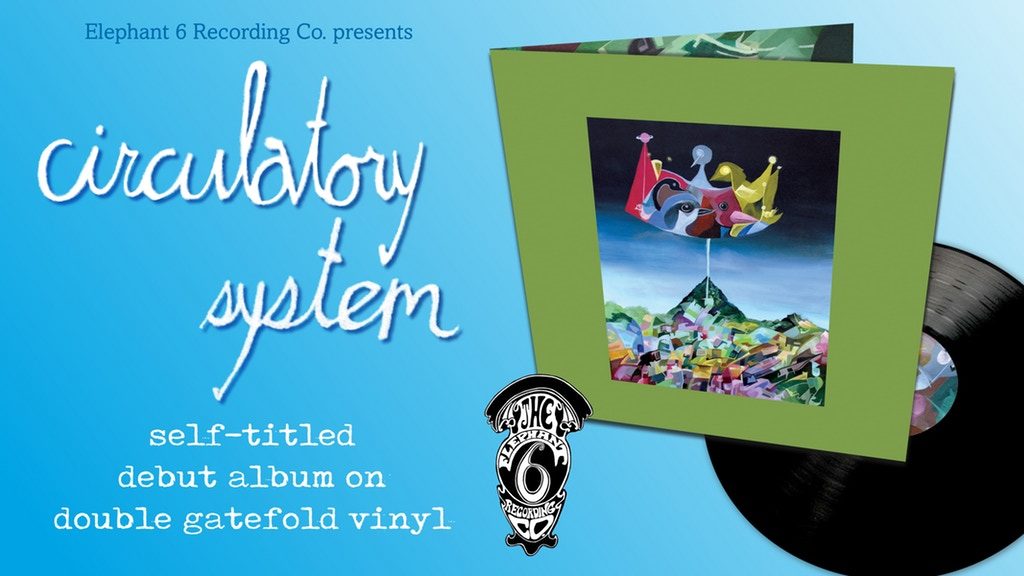 Circulatory System + Elephant 6 are currently running a crowdfunding campaign to reissue their debut album record on vinyl for the first time ever. The 2001 double album has only been available on CD and download up to this point. The band hopes to finally release it in the vinyl format, with a beautiful gatefold sleeve. We haven’t reached the goal yet but there are still 2 weeks left on the campaign and you can pre-order a record or pick up some of the other cool, limited edition rewards by going to their Kickstarter page.